I’ve always lived around alot of pets. When I was a child, there was Sunshine, our snowy, white husky-esque pooch. She arrived shortly before me, and forever took on an almost Peter Pan’s Nanny role. She would follow me around, lick my cheeks when I would cry, and walk me to bed when I was afraid of the dark. We had Waldo, the small mutt who aways wore his hair in his eyes and earned the street thug nickname, “Martini,” cuz he was always getting roughed up and having to wear a cone. We had the two sister cats, who were like two siamese twins who hated eachother and constantly fought, but couldn’t escape eachother. We even had two hamsters, though little is retained in my memory about them except their names, Snowball and Brownie, and that when one of them died, we gave it a formal burial… in our kitchen trash can. And even further from my memory was Harold the mysterious cat. We had a dark, portrait of a cat resembling Harold, hanging on our wall, with its intense eyes always watching us. And even further mysterious, the rumor that he eventually lost his life and was left at the bottom of The Pond…

I find myself now, in a house full of animals. 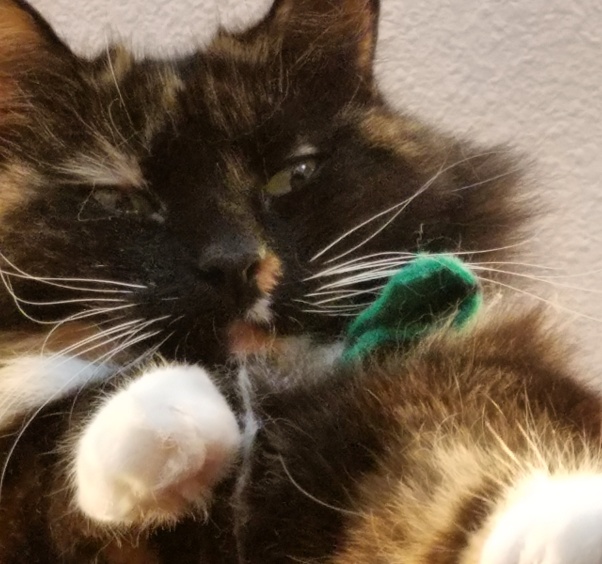 Two Large Cats – Eddie “Nizzle” The Princess, who watches all, with a displeased look, from her perch in the heavens.

And Thumbs, “Bert,” or Thumbert, calm as a cucumber, olympic status napper. 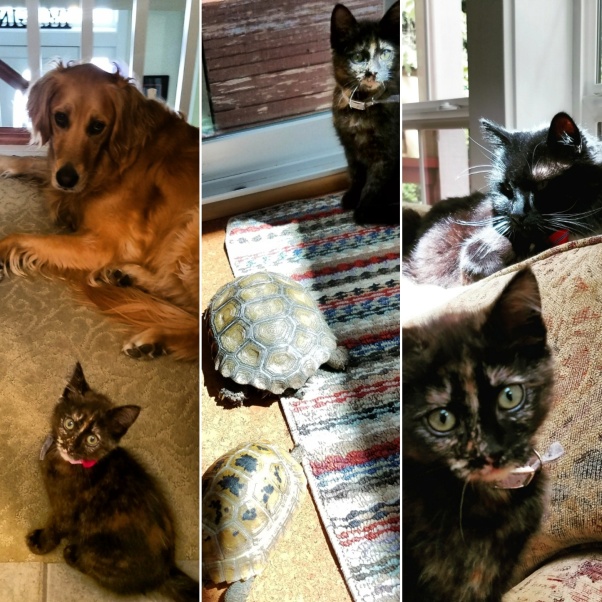 And One Kitten – Little “Beans” Beansprout, who must be everywhere and in every picture.

Only 4 of the 6 are mine, but you can’t forget the biggest animal of all..