This morning I finished the book, Kim JiYoung, Born 1982, by Cho Nam-Joo. A novel that paints a picture of the long standing, extreme gender inequality in Korea. While, a little underwhelming to me, as I had just finished a memoir that painted the same picture, this novel was extremely well received after it was gifted to the Republic of Korea’s president, Moon Jae-in. 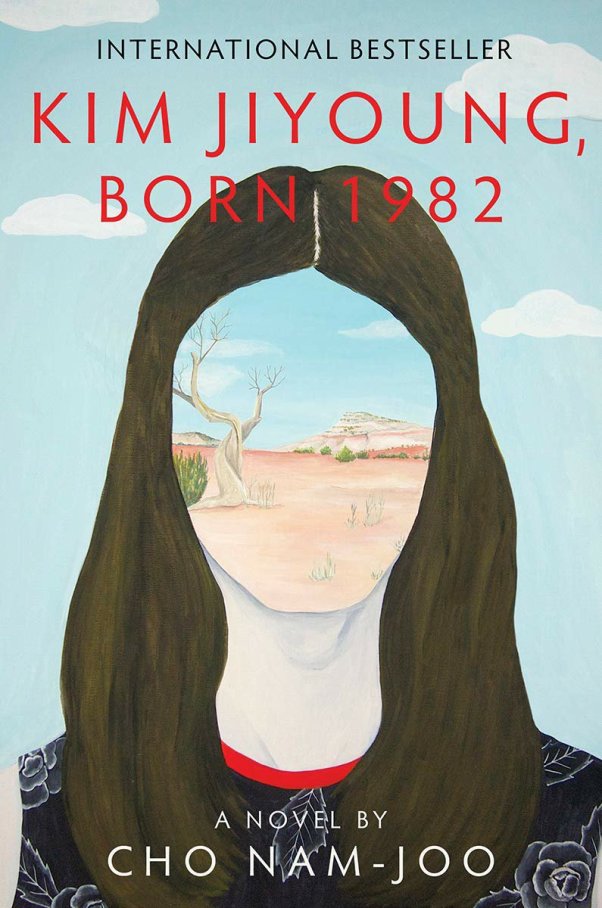 In a small, tidy apartment on the outskirts of the frenzied metropolis of Seoul lives Kim Jiyoung. A thirtysomething-year-old “millennial everywoman,” she has recently left her white-collar desk job―in order to care for her newborn daughter full-time―as so many Korean women are expected to do. But she quickly begins to exhibit strange symptoms that alarm her husband, parents, and in-laws: Jiyoung impersonates the voices of other women―alive and even dead, both known and unknown to her. As she plunges deeper into this psychosis, her discomfited husband sends her to a male psychiatrist.

In a chilling, eerily truncated third-person voice, Jiyoung’s entire life is recounted to the psychiatrist―a narrative infused with disparate elements of frustration, perseverance, and submission. Born in 1982 and given the most common name for Korean baby girls, Jiyoung quickly becomes the unfavored sister to her princeling little brother. Always, her behavior is policed by the male figures around her―from the elementary school teachers who enforce strict uniforms for girls, to the coworkers who install a hidden camera in the women’s restroom and post their photos online. In her father’s eyes, it is Jiyoung’s fault that men harass her late at night; in her husband’s eyes, it is Jiyoung’s duty to forsake her career to take care of him and their child―to put them first.

Jiyoung’s painfully common life is juxtaposed against a backdrop of an advancing Korea, as it abandons “family planning” birth control policies and passes new legislation against gender discrimination. But can her doctor flawlessly, completely cure her, or even discover what truly ails her? -(back cover)

While in America it is difficult to understand the cultural difference of gender roles in Korea. The Confucian influence of the patriarchal society dating back to long before America was even colonized. From birth, women were already at a disadvantage. Boys were prized above all, to be successful, carry on the family name, and bring honour to the family. Girls received less, as everything must be provided to the male heirs. Women were discouraged from attending higher education. The role of the woman was to get an education high enough to secure a good marriage, then they were expected to give up everything and become a housewife. Often a woman’s mother-in-law would live with them. It is the role of the woman to raise the children, clean the house, do the laundry, cook the meals, and care for the mother-in-law. It is back breaking work and women suffered physical ailments.

Reading Kim Jiyoung, Born 1982 was not as shocking to me because I had just read the same story right before. It is a not uncommon story for Korean women. But it is bracing, because Kim Jiyoung was born only a few years before me. Were I still in Korea, would my life mirror these stories I just read?

Shortly after the book was released, they made a film version, starring Jung Yu-mi and Gong Yoo. While the book focuses mostly on Jiyoung’s upbringing and what shapes the person we meet at the beginning of the book, the movie acts almost as a sequel, focusing primarily on Jiyoung after we met her in the beginning of the book. As with all film versions, a lot of liberties were taken. While mostly staying true to the story, I also feel like they lost sight of the message. The biggest problem was, changing the psychiatrist from a male, in the book, to a female, in the film. It flips the dynamic and changes the feel of the story.. 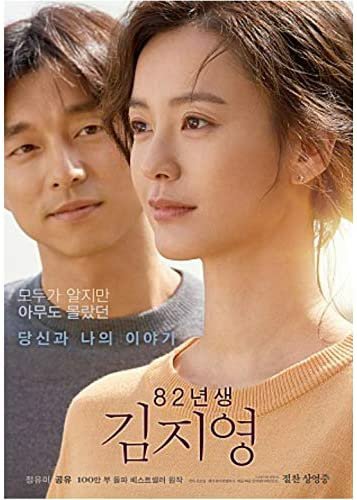 A couple of days ago I finished this book. I had read it a few years ago, but felt compelled to reread it now. A lot of reviews put it down for its weird combination of memoir and history lesson, but that was what I enjoyed the most about it.

The memoir takes place from around the 50s on. It talks alot about the politics of the time. It was all kind of confusing and hard for me to grasp. For much of the 1900s, Korea was not its own country. Growing up in America, I don’t know what it is like to live under the occupation and rule of another country. I also don’t know what it is like to fear even harboring thoughts of dissent against the current governmental rule.

One concept I was able to understand, and which was heavily prominent throughout the book, was the extreme suppression of females.

Since the age of 6, the narrator did not understand and rebelled against the idea and practice of men being superior. Her father, raised under the practice of Confucianism which stressed the superiority of men, was burdened throughout her life with an independent mind. Secretly, but passionately opposed to the dictator-style ruling of the country, he was arrested and tortured multiple times, an occurrance that happened to many during that period. He lived in fear and poor health, turning his nose up to well paying, high position government jobs, and saw his family struggle to get by.

The practice at the time was to give the best and most to the men. For her disaggreement, Jid was often abused severedly by the males of the family, and her mother never defended her. It was this way in all Korean families of the time. Most people know the strong desire of an Asian family to produce a male heir. Most people don’t know the extent of the privilage they receive.

As the book progresses and Jid grows up, while still strong in her belief in gender equality, she begins to truly see how much her parents loved her, and the struggles they faced just to survive. She was able to see that while the men were fed first, sometimes her mother sacrificed her portion to ensure that Jid also was fed.

It is embarassing to me, how little I actually know about the country I was born in, despite my pride and love for it. This book gave me the ability to experience some of it though. Through her life, and her experiences. 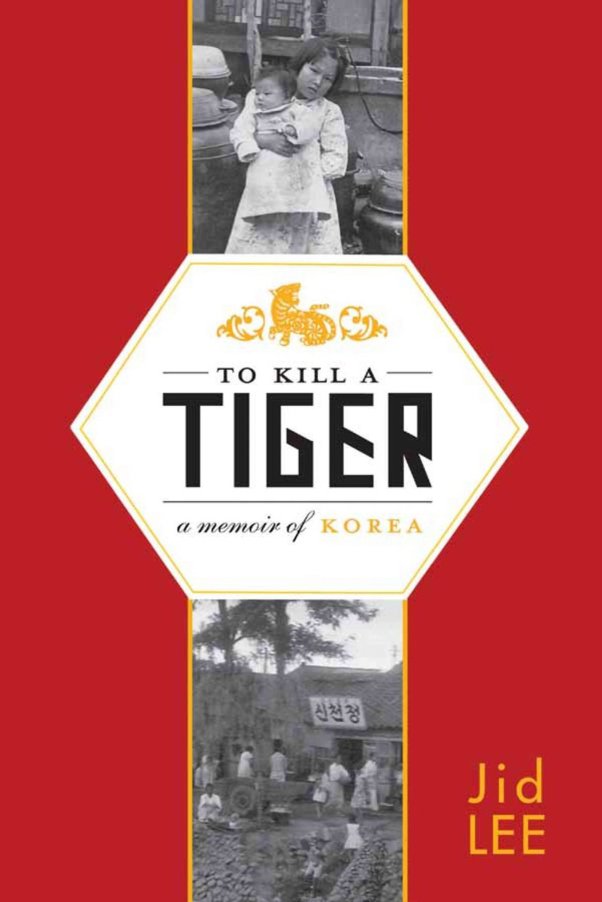 I was timidly approached by a small, elderly patient of mine. I knew that she was Korean from reading her history, but was surprised when she asked if I was Korean. I said that I was and she nodded approvingly. Her voice was quiet and her accent was thick, but she immediately seemed to be at ease with me. She asked me how long I’d been here, probably judging by my lack of accent, and I told her all my life. She nodded again and I asked how long she’d been here. She said since 1998, and I asked how she liked it. Her nose crinkled and she said that it rained too much. I laughed, thinking of my own childhood spent in Southeast Alaska. No amount of rain was “too much rain” compared to that. She asked me how old I was and if I was married. I told her, 30, and no, not married yet. She nodded again, understanding and told me her own son was not married yet. Not in a, “you two should meet,” sort of way, but in a, “it seems that times are changed since when I was your age,” sort of way. I told her as much. Too many things to occupy us these days, school and more school, difficult jobs, it takes time to find the right one. She nodded and then asked if I’d been adopted. I smiled and said yes, when I was a baby. She asked if I went to Korea. I told her no, not yet. But I wanted to soon. She mused that it was probably very different now… This time I nodded. She seemed far away, and yet right here all in the same moment. Finally after some moments of silence, her eyes met mine, and she told me that she was very proud of me. She probably would never know how much it meant to me, right now when I am having so many thoughts and curiosities about my heritage and my birth mother, to hear those five words. I was able to hide some of my watery eyedness in the glare of the sun. I finally took a breath, and thanked her. 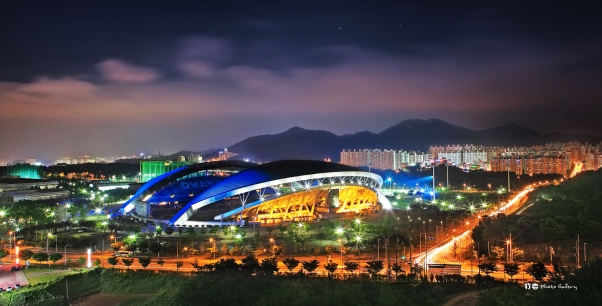 Photo credits: Images of Gwangju, South Korea. Called The City of Lights. The city where I was born.